The Norwegian Ambassador to Nigeria, Jen-Peter Kjemprud, says trade volume between Nigeria and Norway is between 30 and 40 billion dollars. 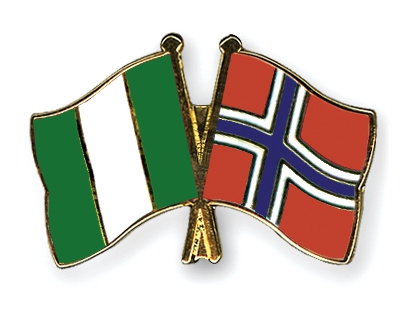 Kjemprud in his words said:

“The volume of trade between the two countries is so difficult to say because most of the trade is being done with multinational companies, but we estimate it to be between 30 and 40 billion dollars a year.”

According to him, the relationship between Nigeria and Norway dated back to 1880s. He therefore pledged to strengthen the relationship by attracting more investors from Norway to explore available opportunities in Nigeria.
In his words:
“Norway started to export fish to Nigeria in the 1880s and 1890; the relationship was cordial until independent. However, from the last ten or 20 years, it has grown substantially both politically and economically. We now have more than 50 and 60 Norwegian companies active in Nigerian oil and gas sector, sub-sea, onshore, renewable energy and some of which are expanding.
I think in the oil sector, there could be more reciprocating in investment and cooperation. Only this week, there is going to be a huge investment contract in service sector to be signed in Nigeria with Singaporean and Norwegian Companies.”
He also said the embassy was working closely with the Nigeria-Norwegian Chamber of Commerce to promote and expand businesses between the two countries, stating that there are more opportunities for Nigerians to do business in Norway.

The Head of EU delegation to Nigeria and ECOWAS, Mr. Ketil Karlsen has said that the bilateral trade volume between Nigeria and the European Union reached €25.3 billion in 2017. 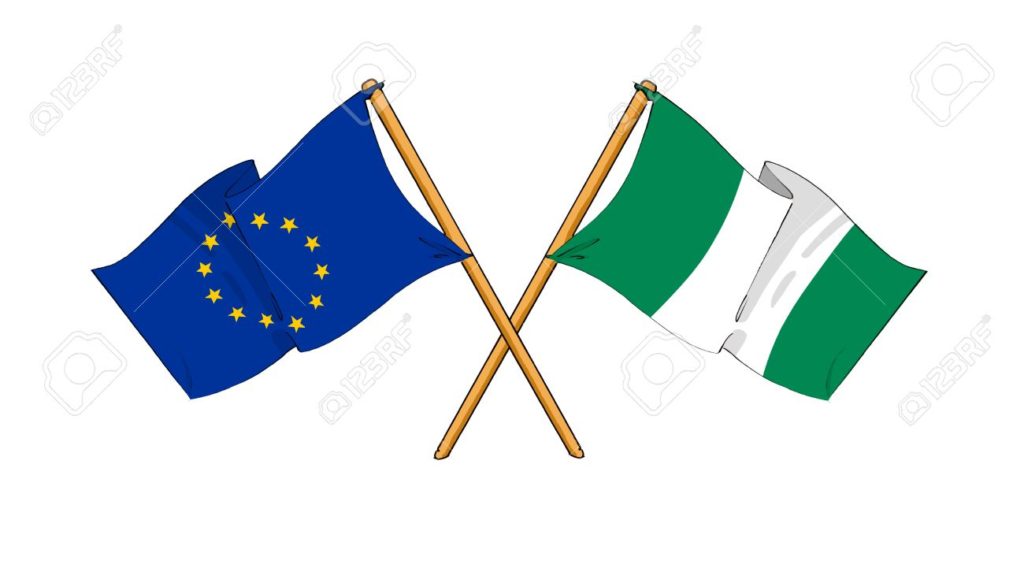 “About 25.3 billion Euro was traded in 2017. There is clear significant surplus in the benefit of Nigeria. Of the trade volume, around 50% more is actually benefitting Nigeria.”

Karlsen, while briefing newsmen in Abuja on the forthcoming Europe Day May 9, said this figure was an increase of 27% from that of 2016, which stood at €19.9 billion.

Ambassador Peters Emuze has been elected to the United Nations (UN) Committee on Economic, Social and Cultural Rights (CESCR) to represent the African continent for a four-year tenure, in a keenly-contested election held at the UN Headquarters, New York.

CESCR is the body of 18 independent experts that monitors countries’ compliance with the International Covenant on Economic, Social and Cultural Rights of citizens by its States parties. The committee was established under the UN Economic and Social Council (ECOSOC) Resolution 1985/17 of May 28, 1985, to carry out the monitoring functions assigned to the UN ECOSOC.

Peters Emuze, who entered the race barely two months to the election, beat candidates of six other countries; Algeria, Sudan, Niger, Uganda, Cameroon and Mauritius, who had been campaigning for upward of one year. His victory, in securing the first of the two seats for Africa is seen as a ‘feather’ for Nigeria which would also improve Nigeria’s future “diplomatic leverage”.

However, Cameroon withdrew at the last minute while Mauritius’ candidate defeated Algeria’s in a run-off to secure  the second seat for Africa.

Fielding candidates for CESCR would require the country’s permanent mission to the UN. In this instance, the Permanent Mission of Nigeria to the UN at New York and Geneva, in conjunction with all the 54 Nigerian missions in ECOSOC member states, coordinated the process and canvassed for votes for the position.

Nigeria’s Ambassador/Permanent Representative to the UN, Prof. Tijjani Bande, personally wrote to all the 54-Member States of ECOSOC, seeking their support for Nigeria’s candidate.

Nigeria’s Ambassador/Deputy Permanent Representative to the UN, Samson Itegboje, said it became impossible to get countries to step down for Nigeria, as all of them wanted to “go for broke”.

According to Nigeria’s Ambassador/Deputy Permanent Representative to the UN:

“The victory has raised our profile on the international stage. I don’t think there are many countries that can pull such outing, two months to the election. We can call it a miracle but it was a result of hard work, strategy and good relations.

Also, we presented the best, as our candidate has got the required experience including being the former Charge d’Affaires at the Permanent Mission of Nigeria to the UN Offices in Geneva.”

“Nigeria long signed the treaty and that means Nigeria is ready to comply with various international human rights instruments as a responsible member of the international community.

It is also fulfilling one of its foreign policy options.

So, Nigeria cannot be aloof to these issues of human rights because they are contemporary, modern times.

Nigeria has always believed in the covenants of the United Nations with regards to human rights.”

Peters Emuze, a retired career diplomat for 33 years, rose to become a Special Grade Director at the Ministry of Foreign Affairs and served as Head of Mission at Nigeria’s Permanent Mission in Geneva.

He was President, Conference on Disarmament and Coordinator of the African Group of Ambassadors on World Intellectual Property Organisation (WIPO), leading to the establishment of WIPO offices in Nigeria and Algeria.