On 5 March 2019, Abdullateef Olasubomi Abdul, a young Nigerian lawyer, was appointed as the National Representative for Nigeria by the International Bar Association (IBA).

This follows his recent appointment as Chair of the Regional Development Subcommittee of the IBA’s International Sales Committee for a two year term from 1 January 2019 to 31 December 2020.

As the National Representative for Nigeria, Abdullateef’s role includes fostering links between the IBA, young Nigerian lawyers, and the Nigerian Bar Association. As the Chair of the Regional Development Subcommittee, his functions include keeping the International Sales Committee apprised of developments in the subcommittee’s area, recruiting IBA members to assist in the subcommittee’s works, and assisting with any relevant sessions of the International Sales Committee.

“I hope to employ these roles to deepen my contributions to the legal profession and to young and aspiring lawyers in Nigeria and globally.

I also hope to add depth to the Nigerian narrative.

Excellence is a very important value to me. It is at the heart of my being. In all that I do, I desire to be excellent. To apply the entire might of my being to the task at hand and to do it well.”

The National Bureau of Statistics (NBS) said Nigeria recorded a total trade value of ₦32.26 trillion year-on-year in 2018, representing 39.3 percent increase over the corresponding period in 2017.

The NBS said this in its Foreign Trade in Goods Statistics for Fourth Quarter of 2018 posted on its website.

The bureau said the volume of total merchandise trade in 2018 was the highest recorded since 2014, nearly double pre-recession levels.

It said during the fourth quarter of 2018, total merchandise trade stood at ₦8.60 trillion compared to its value of ₦9.06 trillion recorded in third quarter of the year.

The figure showed a drop of ₦631.6 billion or 15.0 percent compared to third quarter, 2018 but an increase of 69.6 percent when compared with the corresponding quarter in 2017.

However, it said the increase in export value and decrease in import value (relative to third quarter 2018) resulted in a favourable trade balance of ₦1441 billion, or 125.5 percent over the preceding quarter.

According to the report, crude oil export has been the main stay of the economy; it accounted for the largest share of total exports (84.2 percent) in the fourth quarter of 2018 at ₦4.228 billion.

Also, the value of manufactured goods exports rose by 14.97 percent in fourth quarter 2018 when compared with the value recorded in third quarter 2018 but decreased 36.6 percent against the corresponding quarter in 2017.

Nigeria’s ambassador to the United Nations, Tijjani Bande has assumed the chairmanship of the African Group at the International Organization for the Month of March 2019, succeeding the Republic of Benin.

Professor Tijjani Bande took over from Jean-Claude Do Rego, the Permanent Representative of the Republic of Benin to the UN at a ceremony at the African Union Observer Mission in New York.

He also said that he would be chairman of the African Group and would like to send the views of the African Union to the United Nations and globally.

According to Tijjani Bande:

“The focus of the mission of Nigeria is to continue the work of consolidating Africa’s position on the continent.

These positions are issues like Security Council reform, positions we take in relation to the status of women, and issues relating to peace and security around the globe.

The whole idea is to strengthen the African voice.

The voices actually are of the African permanent representatives but occasionally, collectively, we need to make a statement for the continent and to defend the continent’s interests.” 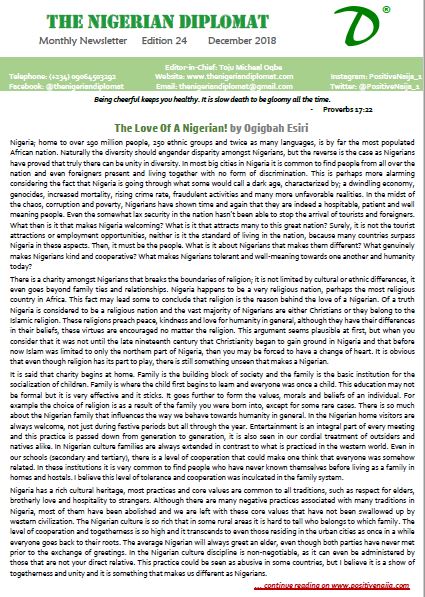